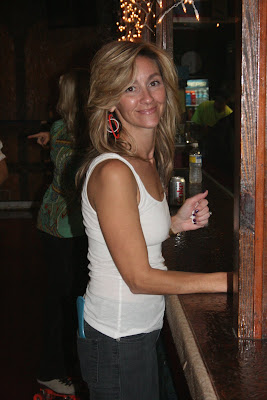 Leave it to Angie Hranowsky, interior designer for the 2009 Coastal Living Idea Cottage, to pack out Hot Wheels roller skating rink to rock out her 40th birthday!

Everyone came out to celebrate her life as well as accept the challenge of putting on roller skates to make it around the rink without breaking their neck! No one ended up in the emergency room, but there were plenty of ice packs handed out by the men working that night as mature women ended up on their duffs, knees and who knows what. 🙂 But that didn’t keep them from going back out for another dose of skating, or for those who were too injured to skate, they took up sock dancing in the middle of the rink. 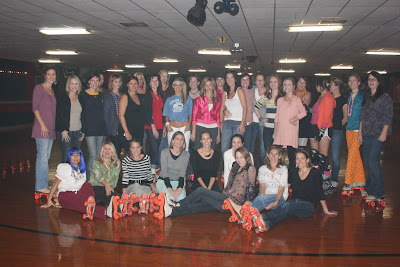 As I told Angie, I think some of these women literally drop their kids off at school and head to the roller skating rink on a weekly basis – some of them were waaaaaay too good for just slipping on those skates for the first time since childhood. Unlike me, my feet had not stepped foot in roller skates since I was probably 8 years old. . . I’ll admit, I did play out the story I’d have to tell if I had broken a bone roller skating, would have been a memorable one to tell I’m sure. Much to my surprise but excitement, I made it out without a fall! 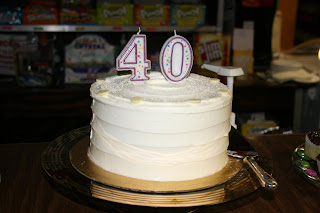 The fun skating party wouldn’t have been complete without also enjoying one of Angie’s favorite treats, an incredible birthday cake from the local downtown Charleston Sugar Bakeshop, on Cannon Street.

Glad someone thought to have a skate party in the double digits, though she DID put us all to to shame with her skating skills! 🙂 Happy Birthday Angie!