Structures Building Company is a proud sponsor of East Cooper Montessori Charter School‘s Model United Nations program. For the third year in a row, Structures was honored to help sixth grade students realize their dream of traveling to New York City to participate in the Montessori Model United Nations Program. This year, 28 six-graders became delegates of Indonesia, Cambodia, the Ukraine, and the Netherlands. They worked on solutions to such important world problems as nuclear nonproliferation, poverty reduction, and malnutrition. The group left for the Big Apple on April 24 and returned on April 27. 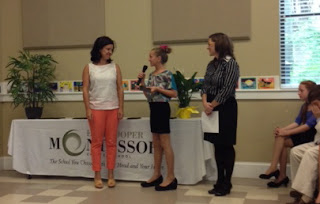 The program is a year-long commitment that begins in the classroom, where students spend months researching their assigned countries and topics and practicing their negotiation and public speaking skills. Each student is responsible for writing a position paper and preparing a speech to present at the MMUN conference. Once they arrive in New York, they spend two days in caucus sessions with  students from all over the world to  draft resolutions on real world issues. On the third day, students travel to the United Nations building where they sit in the seats of actual UN delegates to vote on their resolutions. Several ECMCS students were selected to represent their committees by reading their final resolutions before an audience of nearly 2,000 student delegates, teachers, and parents. That’s quite an accomplishment for any twelve-year-old!

As a builder in the I’On neighborhood, where this public charter school is located, Structures has always looked for ways to support East Cooper Montessori. But this school is especially close to Structure’s heart: four children of Structures employees have attended the school, and two of them have traveled to New York as MMUN delegates in years past! Congratulations to all of this year’s MMUN delegates! 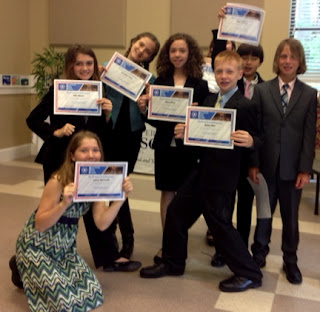 2013 MMUN Delegates show off their certificates
See All Posts